Brown Given Award by Liberty 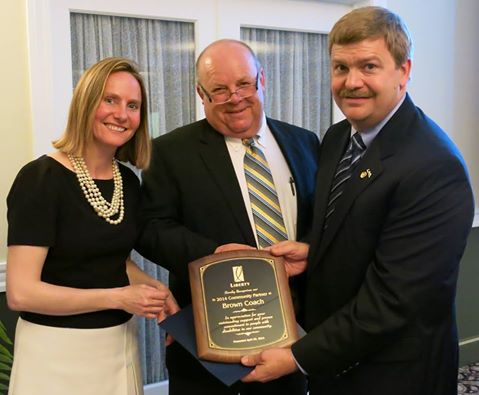 Liberty honored Brown Coach with its top award at the agency's recent annual membership dinner at Riverstone Manor, Scotia. Brown received the Community Partner award, which is given to a company or community organization that has shown outstanding support and commitment to people with disabilities in the organization's programs. For many years, Brown Coach has been a supportive employer to several Liberty individuals.